What is Vertical Three?

Vertical Three is a ministry of Randall House Publications which is the publishing arm of the National Association of Free Will Baptists.

Daniel 3 records the account of three young men who faced a trial of their faith. These young men were removed from their homes and the influence of their families and peers. In a hostile environment, they determined not to conform or compromise. They chose to be faithful to their God no matter the cost and trusted Him with their lives. These young men stood tall. They were the Vertical Three.

Vertical Three exists to help students discover their talents, develop their leadership, and dedicate their hearts for faithful service to God.

The roots of the Vertical Three Conference can be traced back to the Free Will Baptist League, which held its first Nationwide Conference in 1948, in Nashville, Tennessee. The FWB League and the WNAC sponsored a teen banquet and youth rally at the 1962 National Convention. The newly organized Church Training Service (CTS) expanded the FWB League Sword Drill and Declamation competition in 1965, adding Bible Bowl and Bible Tic Tac Toe. The “National Youth Conference” is first mentioned in CONTACT magazine in conjunction with the 1968 National Convention of Free Will Baptists that met in Oklahoma City. Based on this record, 2018 marked the 50th anniversary of the conference. The Music and Arts Festival began in 1972, which expanded the competition to include a broader range of categories. In 2012, the Randall House Student & Children’s Ministry (SCM) transitioned to Vertical Three and in 2015 the Music and Arts Festival was changed to the CTS Ministry Expo. Then in 2017, the National Youth Conference became the Vertical Three Conference. The goal of all of these activities was to train young people in Christian service.

Much has changed with student & children’s ministries over the years. The Vertical Three Conference has grown to be far more than just competition. But the purpose has not changed. The goal has always been and will continue to be ministry training. The programs and activities of Vertical Three—worship services, Truth & Peace Student Leadership Conference, Youth Evangelistic Team, Serve The City, Buck-A-Week, and the CTS Ministry Expo—are all geared to help young people discover their talents, develop their leadership, and dedicate their hearts for faithful service to God. 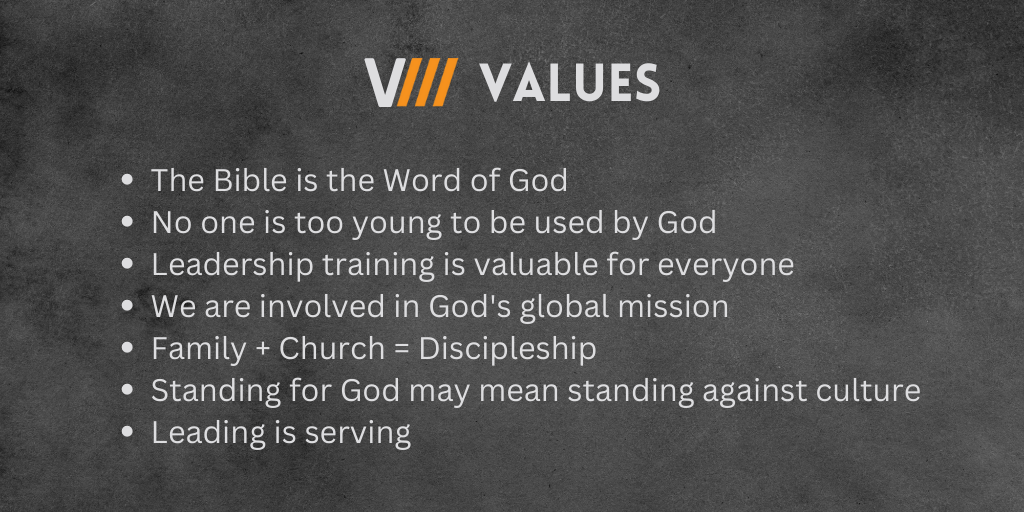